Home • The heritage of the Canal • Authentic landscapes

A historic place of passage

Located in the Languedoc plain, the Grand Site "Canal du Midi, Béziers" is a magnificent territory dotted with small hills, often inhabited, called "puechs". The Grand Site is located halfway between the Montagne Noire, the foothills of the Massif Central, and the Mediterranean coast, less than 15 km away.

This Languedoc plain is in fact the only "practical" route between the Massif Central and the sea. And the "puechs", which temporarily surround the ponds, have enabled people to settle here.

It is this particular topography that has led this plain to be, for thousands of years, a privileged place of passage. It has always been favored by the movement of people and goods which traveled by the Orb river near Béziers, by the Domitian Way - the oldest Roman road and one of the best preserved in Gaul - or more recently by the Canal du Noon, fabulous and brilliant work from the XNUMXth century. 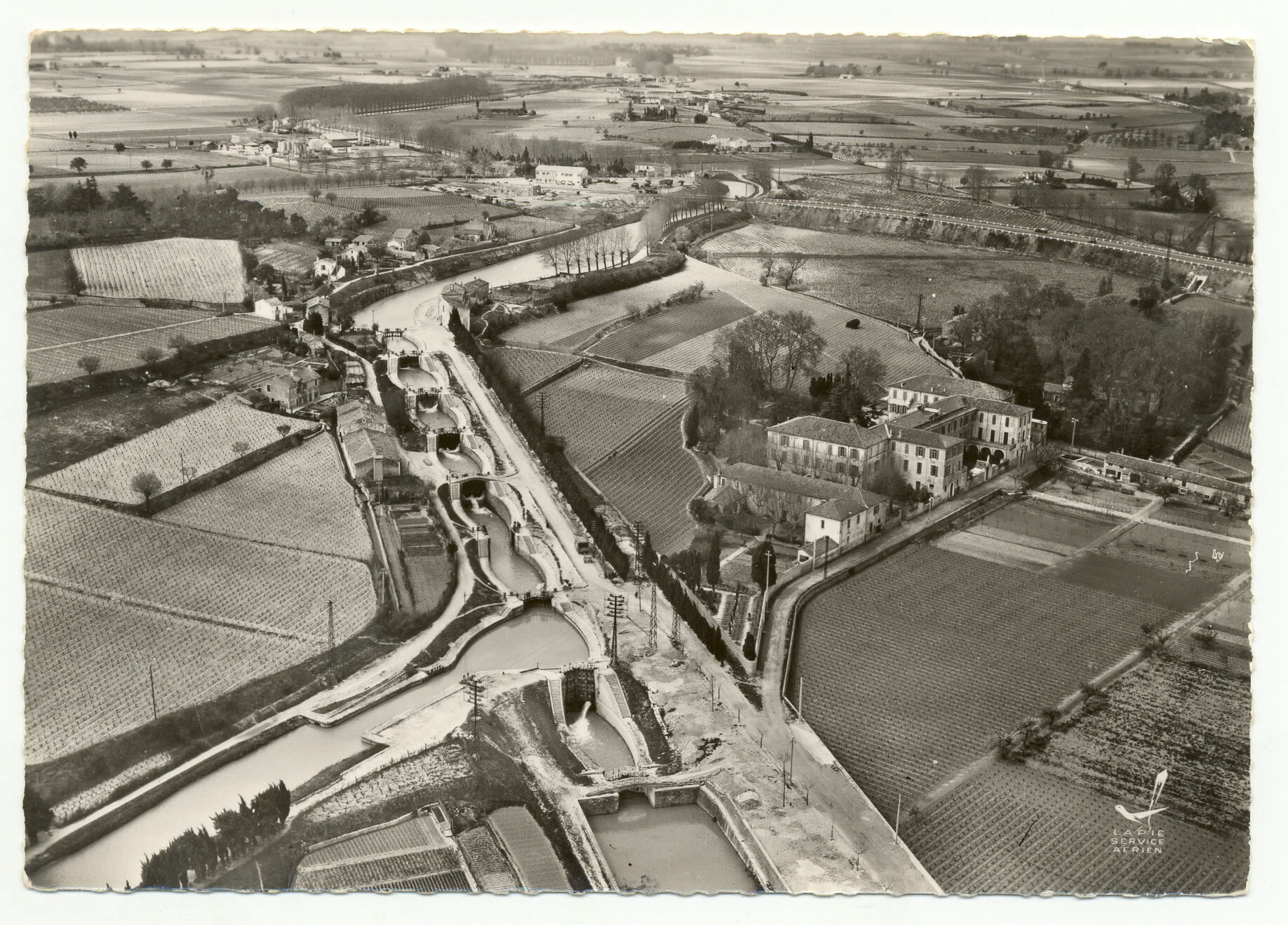 This land is one of the oldest wine regions in France.

Introduced by the Greeks in the fifth century BC, the vines took off here under the Roman Empire. The industry then boomed thanks to the construction of the Canal du Midi, then the railway, which will in turn allowed the distribution of Languedoc wines to a wider audience.

Unfortunately, in 1868 the Phylloxera crisis stopped this growth immediately... The insect destroyed almost all the vineyards of Languedoc and forced the winegrowers to use new plants from another continent ... A wave of replanting ensued. Quantity was preferred, sometimes to the detriment of quality ...

But this reality is now a thing of the past, and the Languedoc vineyards have since regained their acclaim! The major changes in the twentieth century and the appearance of official "Appellations" managed to restore the authenticity of Languedoc wines, which also characterise this land and the landscape that the vineyard elegantly shapes.

Admire how these vineyards are transformed throughout the seasons: white flowers that bloom in January between the vines, lining the plains, the deep red of the autumn foliage, and the bright green that announces the harvest time ... Everything here is colorful and the gorgeous lights of this sun-kissed land create variations that make each visit unique!

At the heart of this wine-growing landscape, the few wooded "puechs" (such as Ensérune and Montady) contrast nicely with the surrounding agricultural environment. 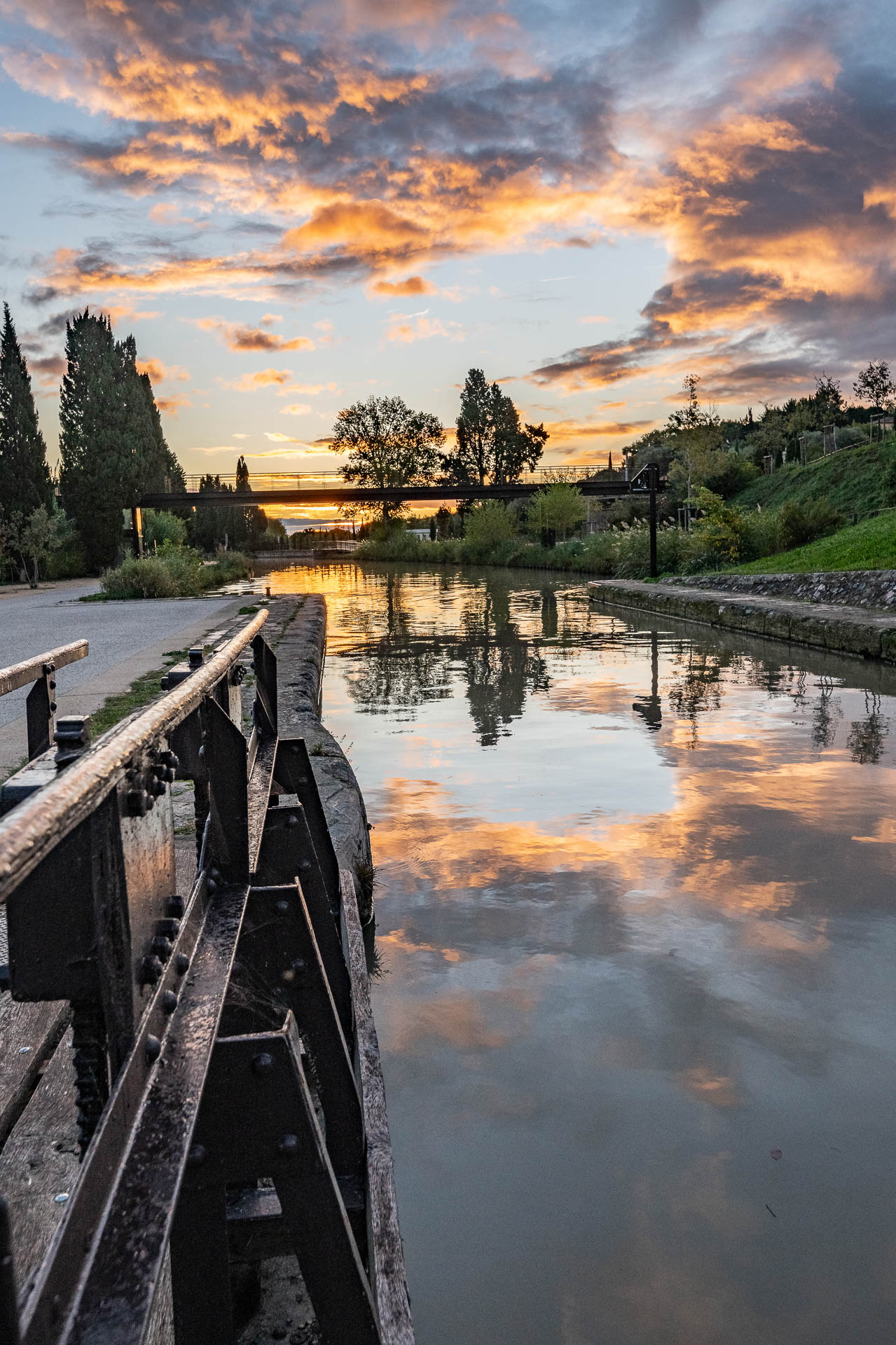 Water at the heart of all issues

Here, water management has always been a real headache: there's not enough in the "puechs" and oppidum (high fortified habitats), too much in the ponds, too unpredictable in the river flowing through...

Finding and mastering it is still a real challenge today! And the Canal du Midi is no exception: in order to supply it with enough water, we had to come up with some ingenious and make extra special efforts. These last ones paid off and some of the exceptional works found along the Canal du Midi and in the surrounding area, were created, and there are plenty of them in our region!

Starting from Toulouse and flowing into Thau pond in Sète, the Canal has had to adapt to unpredictable water levels, cross the Orb river and get through Malpas hill: bridge, aqueducts, canal bridge and exceptional tunnels were therefore created.

Today listed as World Heritage by UNESCO, the Canal du Midi links the nearby heritage sites together and invites boaters to explore them.

"To experience" these charming landscapes is also to understand that they are the fruit of many generations of workers and farmers. They constitute the past but also the future of this territory.

The local men have overcome land that was sometimes dry, often discouraging, by raising dry stone walls and building terraces where you can still see olive groves and vineyards today.

The visitor will easily see that the history of these lands rests on a perpetual confrontation between mankind and nature.

Undoubtedly, to explore this land is to travel back in time, to encounter a terribly hostile landscape with which man has managed to ally, to create the very best...

Here, authenticity is not an insignificant word. It is the spirit of the place and the remarkable heritage that make the Grand Site "Canal du Midi, Béziers" a sincere and benevolent country. 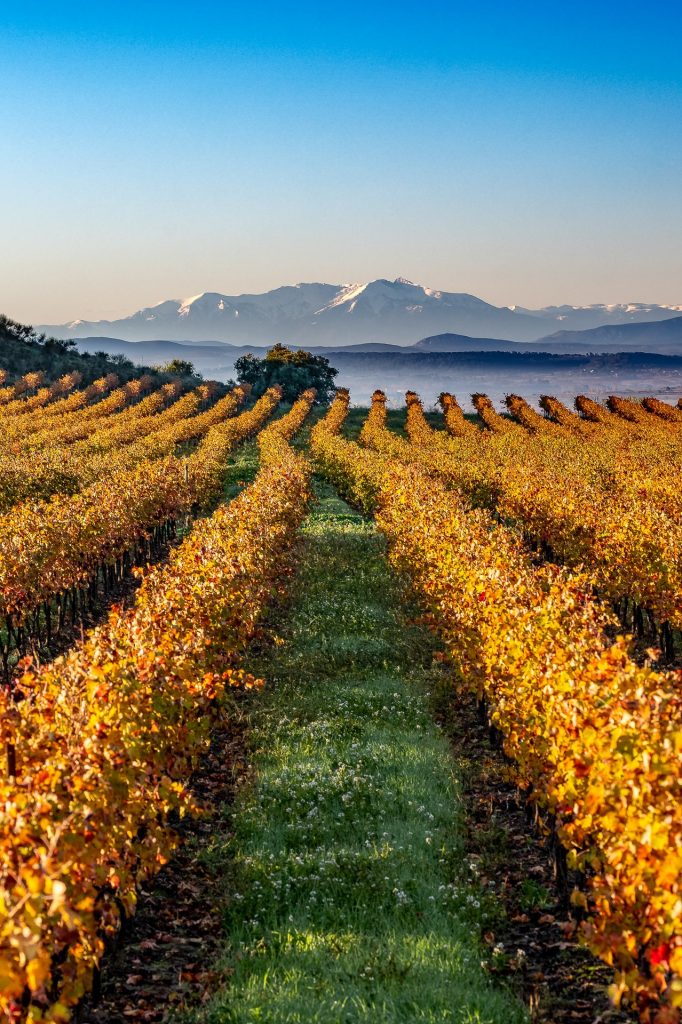 You must accept cookies to allow Google Maps to work.

In the small tourist town of Capestang or in the nearby charming village of Poilhes, the Canal du Midi leaves its mark on landscapes, villages and people. By bike, on foot or by boat, you can browse the quays of these two small ports as well as the towpath that will lead you to discover numerous works of art. By boat, you can of course dock to discover them!

Variety of architecture, witnesses of the rich wine history, but also of the beautiful days that the Languedoc vineyard has before it! The wineries here have evolved, modernized, diversified, sometimes reconverted ... Most will gladly open their doors to you!

They are an integral part of the landscape and the local terroir! Easily recognizable thanks to their large pediments with their characteristic architecture, you will easily see the cooperative cellars during your walks ... Places of history but above all of tasting, the cellars will be a must during your visit here!

Long ago, the sea came to the foot of the village of Capestang, whose name means "Cape of the pond". Thanks to its salt flats, the Capestang pond was, from the early Middle Ages, an important source of income… It is today a place of extraordinary biodiversity! Warning: The site is private and includes areas reserved for hunting, access to it very regulated.

Hours during the 18:00 p.m. curfew period: Monday to Saturday 9:00 a.m. to 13:00 p.m. and 14:00 p.m. to 17:00 p.m.   https://www.grandsitecanaldumidi.fr/cartographie/bureau-dinformation-touristique-beziers-centre/ https://www.grandsitecanaldumidi.fr/wp-content/uploads/2020/02/logo-ot.svg
Tourist Information Office: the Cave of the Château de Colombiers

An emblematic landmark, the Domitian Way, established after the conquest of southern Gaul by the Roman authority, has established itself as the strategic, political and commercial axis of the province. It runs for almost 250 kilometers from the Rhône to the Pyrenees. Can you find its imprint in our current landscape?

It is here at the heart of everything: our landscapes, our history, our gastronomy… the vine is our land. And it is with great pleasure that the men and women who work there will make you discover their profession, their passion, their life ... Discover the professionals who welcome you

Discovery by electric boat or aboard a barge, Sunday stroll on the towpath or more sporty hike ... the activities offered by the Canal du Midi are numerous!

Discover all the activities and leisures

Slip, for a moment, into the skin of the naturalist! Depending on the season, here are some anecdotes and tips for observing the most emblematic species of the Canal du Midi and its surroundings. It's up to you to play !

It was the middle of the thirteenth century, on the shores of a lake filled with stagnant water which " carries disease and death ". Ua basin without natural flow, which receives water from a watershed. The four owners of the time then decided to dry it out ...

In the small tourist town of Capestang or in the nearby charming village of Poilhes, the Canal du Midi leaves its mark on landscapes, villages and people. By bike, on foot or by boat, you can browse the quays of these two small ports as well as the towpath that will lead you to discover numerous works of art. By boat, you can of course dock to discover them!

In Béziers, immediately after passing through the Fonseranes locks, the Canal du Midi crosses the Orb to reach Béziers. It was between 1854 and 1857, under the direction of Urbino Magues, that the Orb canal bridge was built. A real feat!

The Saint-Nazaire et Saint-Celse cathedral was built in the western part of the old medieval town in 1598 and raised on the promontory of an ancient oppidum. “The biterroise acropolis” we say here. It majestically dominates the Orb plain and has witnessed a tumultuous history ...

Arrived on his native land, Pierre-Paul Riquet decides to run his Canal on the embankment north of Capestang, a route that avoids the Lower Plain of the Aude floodable to the South and occupied by the pond. But this last section with significant elevations creates several difficulties. They will be bypassed by dint of technical prowess!

A stone's throw from the Canal du Midi, Saint-Sylvestre and Sainte-Colombe church is classified in Romanesque style. The first trace of a place of worship dates from the early Christian era, the most beautiful vestige of which is the Visigothic altar, classified as a historical monument ...

The archaeological site of the Oppidum of Ensérune presents to visitors the remains of the ancient village located at the top of this hill. The site was occupied between the XNUMXth century. BC and the XNUMXst c. A.D. Its location offers a unique panorama and its museum is a must-see!

This east tower is the last vestige of an ancient castle. From the top of its 20 meters it overlooks the perfect geometry of the dry pond of Montady as well as the old Languedoc village. Its thick walls rise over three floors.

Located at Port de Capestang, the Pont de Saïsse, otherwise known as a "stone bridge" by the locals, is the work of architects Claude Colin and Pierre Launay. It dates from 1688-1689.

With the development of the canal goes that of bridges to cross it, their construction was supported by the States of Languedoc. The canal bridges have evolved in their form and method of construction, Capestang offers several examples of these constructions.

In the XVIIth century one finds the bridges of stone or brick in semicircular arch, the bridge of Saïsses constitutes an example. It has the particularity of having one of the lowest arches of the Canal bridges. In 1754, it threatened to collapse, it was then repaired at the expense of the municipality. In 1789, it was completely rebuilt with a new abutment built in rubble and an interior facing in cut stone from Nissan, some old elements were preserved and repaired.

Come and discover the summer residence of the archbishops of Narbonne in Capestang. This castle houses a painted ceiling dating from the XVe century, you can see many scenes from the period on the bugets (animals, gallant and religious scenes). At the end of the Middle Ages, the castle of the Archbishops of Narbonne in Capestang was a splendid residence that certain documents do not hesitate to qualify as a palace.

In a perfect Gothic style, the Saint-Etienne collegiate church in Capestang was built in the XNUMXth century on an old Romanesque church, probably by the same team that built the Saint-Just-et-Saint-Pasteur cathedral in Narbonne. An architectural jewel that history has left unfinished, its visit will leave you with vivid memories!

The port of Colombiers gives this village a very special holiday accent. A stone's throw from the Canal du Midi stands the most characteristic monument of the village: the Château de Colombiers and its cellar now open to visitors, a real gem of the XNUMXth century!

The Malpas Tunnel is the story of a world premiere… Riquet, a native of Béziers, could not imagine his Canal going anywhere other than his native town. To do this, he had to overcome an obstacle: the hill of Ensérune. For the first time in history, we are making a navigable canal pass under a “mountain”!